Visitation and funeral arrangements have been finalized for Chief Justin McIntire. A complete obituary is listed below. 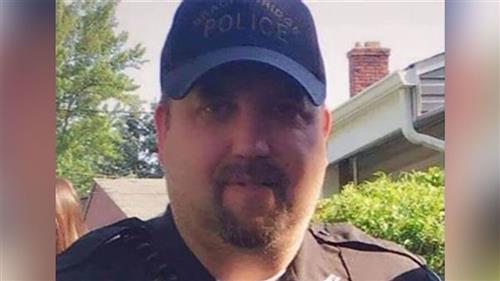 Chief Justin McIntire, of the Brackenridge Borough police department, 46, was killed in the line of duty Monday, January 2, 2023, in Brackenridge. He was born December 27, 1976, in Harrison Township to Emma “Lori” Lorraine Clark McIntire and John L. “Lee” McIntire of Brackenridge and was a lifelong resident of the Brackenridge area. A police officer for the past 22 years, he was appointed chief in 2019. Chief McIntire was a dedicated police officer. He was a 1994 graduate of Highlands High School and was also a graduate of the Allegheny County Police Academy in North Park.

Justin was a member of the Fraternal Order of Police Lodge #39, Oregon Hunting & Fishing Club and the South Buffalo Township Sportsmen’s Club. He was a member of the National Rifle Association and was a certified NRA firearms instructor. He enjoyed cooking, hunting, fishing, and loved Camp Huckabuck. Justin was an avid NASCAR, Pittsburgh Steelers and Pittsburgh Penguins fan.

This is the disclaimer text. It should wrap, then the bar will grow in height if more space is needed. The blackboard footer will center if disclaimer is not being used and the background will be one color.
Copyright © 2002-2023 Blackboard, Inc. All rights reserved.