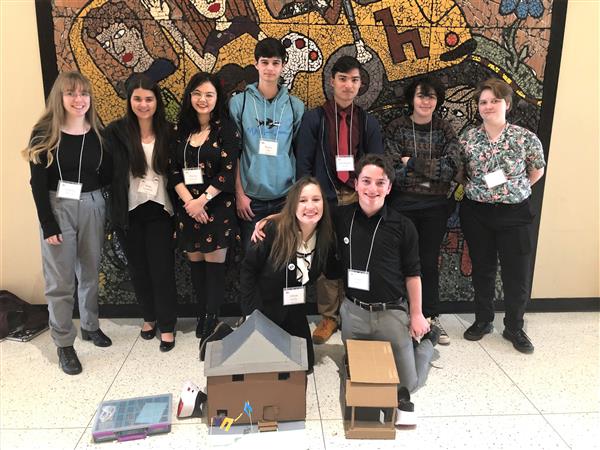 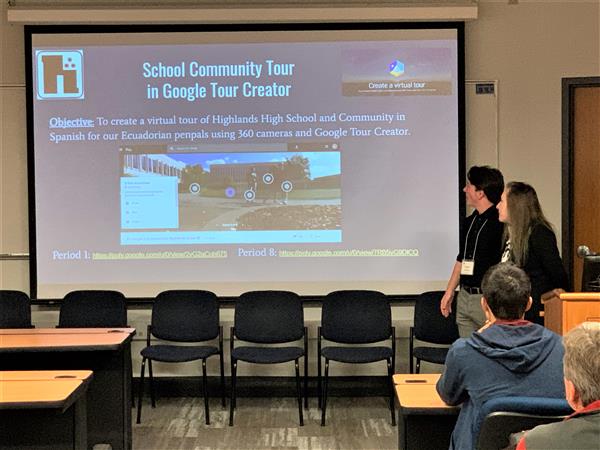 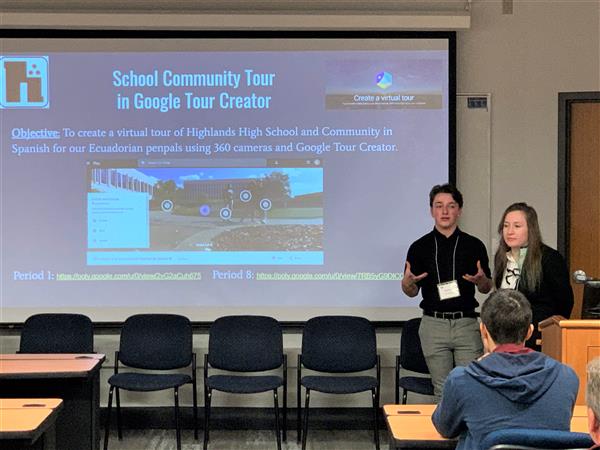 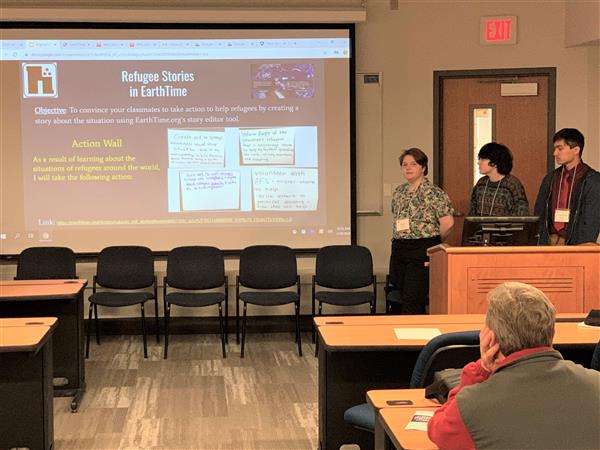 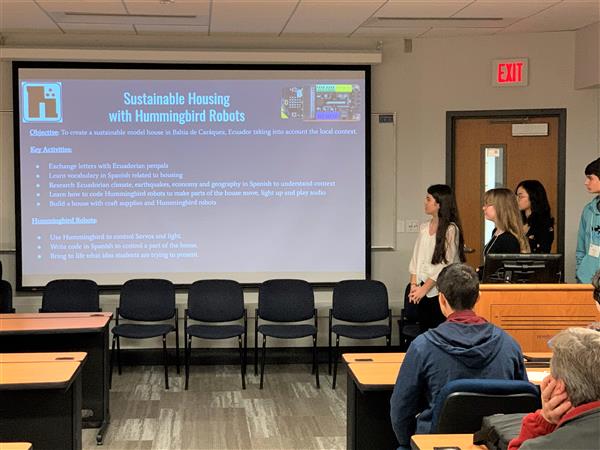 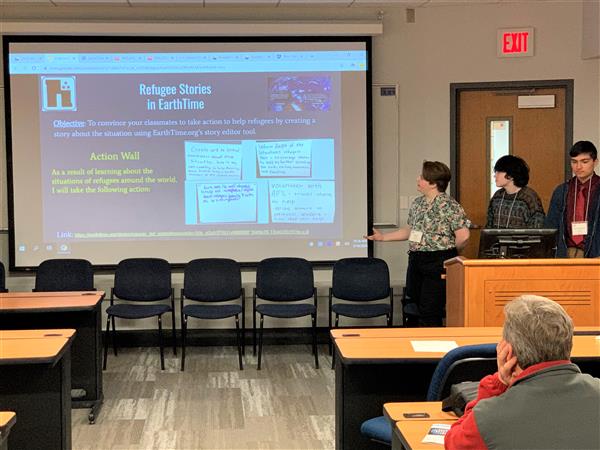 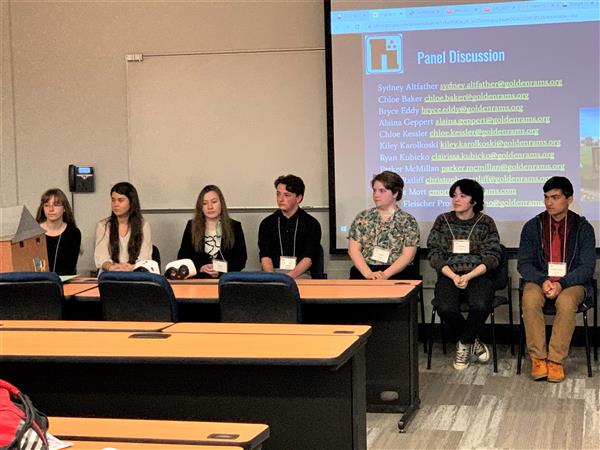 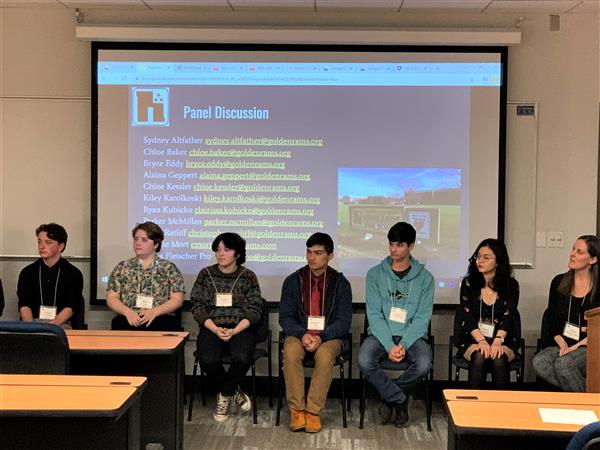 Nine Highlands High School students in Senora Proaño’s Spanish classes presented their STEAM Spanish projects on March 10 to Alle-Kiski teachers and administrators at the ABC CREATE STEAM Showcase at Penn State New Kensington. CHS Spanish IV students Chloe Kessler and Parker McMillan presented the virtual tour that their classes created in Spanish with Google Tour Creator and 360 Ricoh Theta cameras for their Ecuadorian penpals. They shared how their school and culture are similar and different to that of their Ecuadorian penpals. Spanish III students Sydney Altfather, Bryce Eddy, Alaina Geppert, and Kiley Karolkoski presented the sustainable model Ecuadorian houses that they created with Hummingbird robots that they coded in Spanish. They explained how their model homes took into account their Spanish research about earthquakes, climate, geography, and the economy of the town in Ecuador where they have penpals. CHS Spanish IV students Chloe Baker, Ryan Kubicko, and Chris Ratliff presented the global refugee stories that they created in EarthTime, a Carnegie Mellon University CREATE Lab technology that combines huge data sets to visualize global human and natural transformations over time. They explained how they used United Nations and other large data sets related to refugee flows, urban fragility, and violence to help explain the causes, effects, and potential solutions to refugee situations worldwide. Following their presentations, Highlands High School Principal Mr. Charlie Mort facilitated a panel discussion where students reflected on their learning and provided recommendations to the audience of Alle-Kiski teachers and administrators about these projects and STEAM integration in the classroom. Congratulations to the students for their leadership and insightful reflections!

Special thanks to Senora Proaño for the article and Mrs. Jennifer Kosior for the photo gallery!