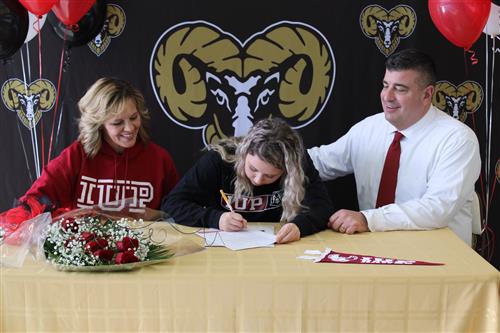 CONGRATULATIONS to Rachel Blackburn for signing her National Letter of Intent to continue her academic and swimming career at Indiana University of Pennsylvania. IUP competes in the Pennsylvania State Athletic Conference West Division, where their women’s program finished second in the conference last year and 24th in Division II.

Rachel is a 4-year letter recipient in swimming, as well as softball. She has qualified for the WPIAL and PIAA meets each of her first three years on the Highlands swim team. As a sophomore, Rachel finished third in Class AA at WPIALs in the 100-meter breaststroke. She increased her ranking last year by finishing in second. She also finished 11th in the state last year in the breaststroke. Rachel was elected as a team captain her junior and senior year on the team.

The daughter of Tom & Janice Blackburn and sister of 2017 Highlands alum and Allegheny College junior Benjamin Blackburn, Rachel intends to study at IUP to become a Physician’s Assistant. 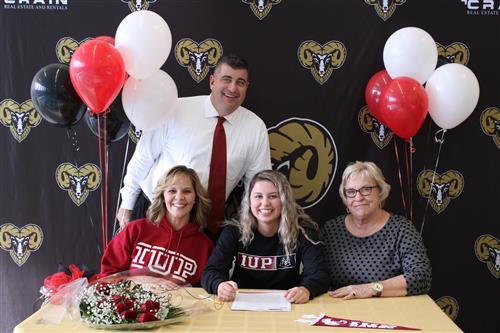 Rachel with her friends and teammates