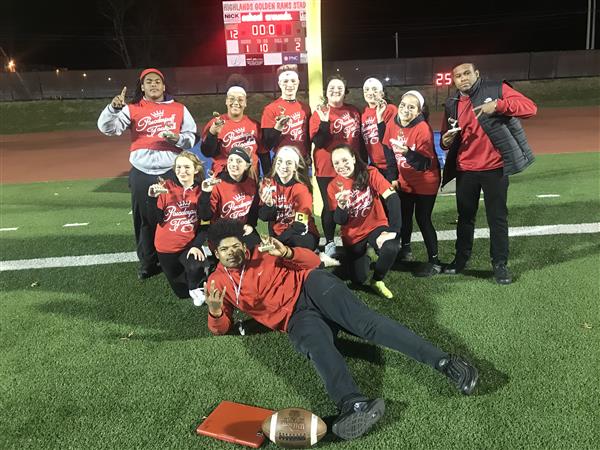 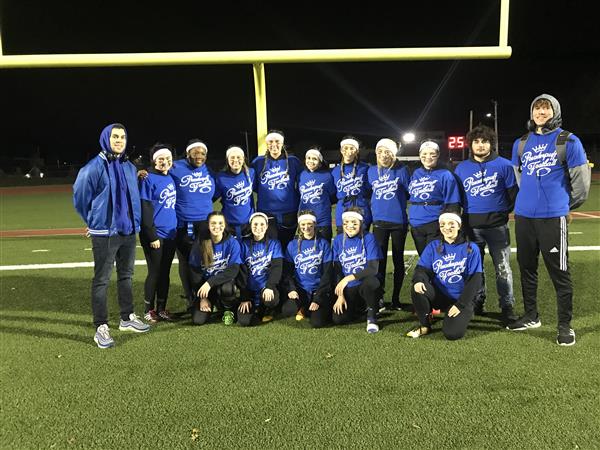 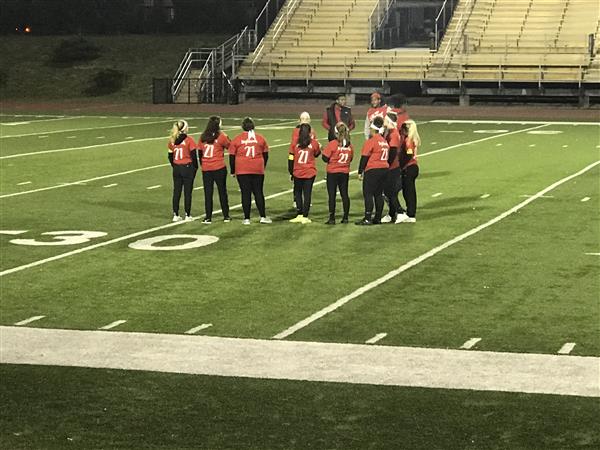 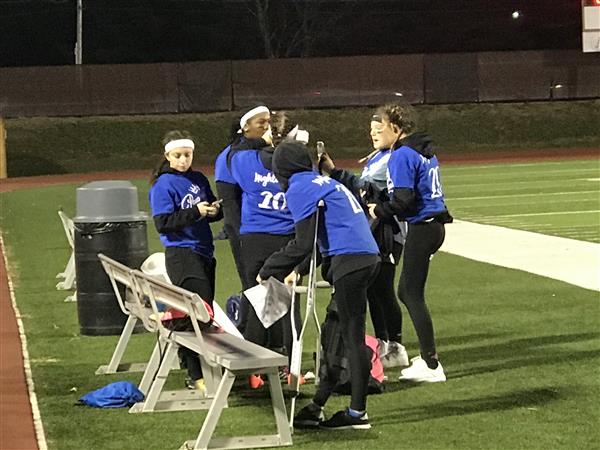 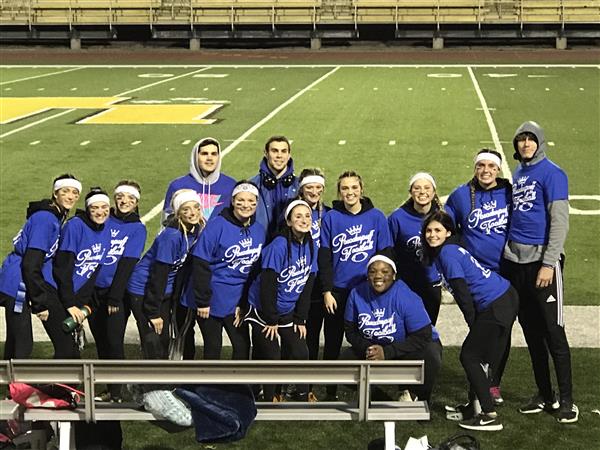 HHS Junior Girls won over the Senior Girls in the first Powder Puff football game at Golden Rams Stadium on Nov. 21 with a score of 18-12. A total of $300 and boxes of food items were collected at the gate as admission and will be donated to the AVAC Food Bank!

Below is the article about the game from Alle-Kiski Sports Weekly.

The WPIAL crowned four new football champions last Saturday at Heinz Field, and will do so again this Saturday at Norwin in the Class 2A and 5A championship games.

Football season might be over in the Alle-Kiski Valley but not at Highlands. The Highlands' junior and senior classes put on one last show before packing it in and moving onto winter sports.

Backed by junior Tessa Deemer's interception return for a touchdown and a late defensive stand, the Highlands juniors came out on top and picked up an 18-12 win over the seniors at Highlands Golden Rams Stadium Thursday night.

"I took the ball, I ran, scored and it felt great," said Deemer on her game-winning touchdown. "I saw it coming and I said, 'Yeah'. I booked it. I ran home."

The game marks Highlands' first-ever Powder Puff football game in school history. The Juniors will go down as champs. One could literally witness the rivalry being born over the course of the two 15-minute halves.

Juniors running back Adrianna Vergerio showed she was just as lethal on the football field as she is on the soccer pitch. Vergerio scored on a 35-yard touchdown run to give the Juniors their first lead of the game at 12-6.

Deemer scored her pick-6 on the ensuing drive to break the game open at 18-6.

The Seniors were sparked by Mykaela Palermo late in the game. The speedy Palermo was able to get outside, hit the corner, sprint down the sidelines and pick up huge chunks of yardage. Palermo ran Juniors over on her way down the sideline for a 15-yard run to cut the Juniors' lead to 18-12 with just over one minute remaining in the game.

"Aggression is with all sports," said Palermo, a standout on the Lady Rams' soccer team. "If you play soccer, it's a contact sport and football is the same way. It's kind of what I do in soccer and I'm just gonna play the same way in football."

The Seniors had one last chance to tie the game, and maybe force overtime, when the Seniors defense scooped up a bad snap to the Juniors quarterback and returned the ball to the Juniors 19-yard line with 18 seconds remaining in the game.

The game came down to the final play and ended when the Juniors intercepted the ball as time expired.

The Juniors tied the game at 6-6 when Noah Bianco pulled in a pass from quarterback Madison Bernat and raced 25 yards for a touchdown.